Service workers have no ability to schedule tasks.

And in other systems you have cron.

Service workers apparently can only be invoked by a server push. And even then, it’s only supported in Chrome!

I’m working on an app that checks a website at certain times. I don’t own the website. Writing the app for Android, there’s no need for a server. That saves me a lot of maintenance work, and it lets me avoid storing user data. Everything is done locally.

I heard that service workers support background tasks now. So I figured I could rewrite my thing as a Progressive Web App and get support for iOS and Desktop.

Apparently not! And it’s not on the roadmap either. As far as I can tell, the working groups aren’t even talking about it. 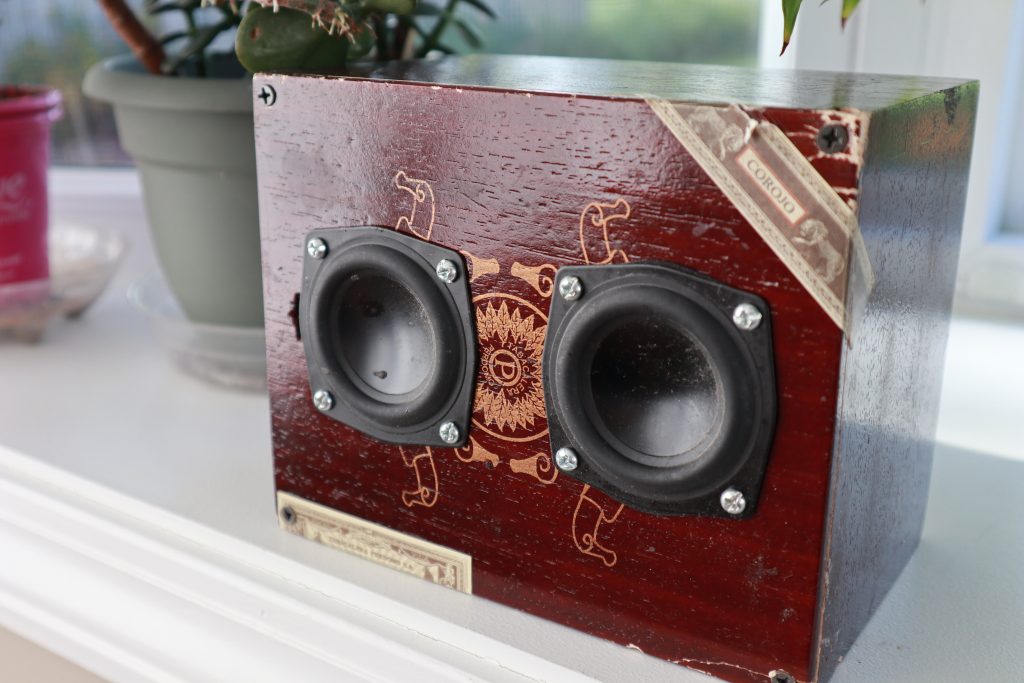 It’s funny, I posted about the distortion, but never posted what I built. So yeah, here it is, a cigar box speaker. I built a few of them.

More photos after the break. END_OF_DOCUMENT_TOKEN_TO_BE_REPLACED

For my cigar box bluetooth speakers, I’ve been taking the easy route for bluetooth connectivity. I simply took the housing off a Belkin F8Z492 audio receiver and plugged it into a cheap class D amp. It worked really well and got me to a finished product quickly. Initially, it sounded great. The Dayton Audio ND65 drivers alone provide a big upgrade over the tinny laptop speakers and earbuds I’m used to. But after a few weeks, even my untrained ears could hear some distortion. It sounds like a subtle reverb, usually affecting only vocals. Initially, I suspected the front end: the cigar box enclosure, or the drivers. Or, just as likely, something wrong with the wiring. This is a lesson in engineering fundamentals. Armed with only a primitive knowledge of audio and electrical distortion, I needed a plan to isolate and quantify the problem.